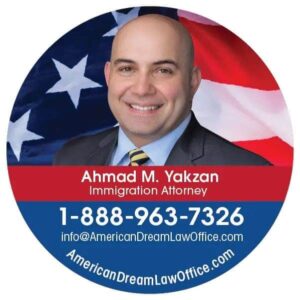 Most practitioners in the Eleventh Circuit’s jurisdiction have been waiting for the court to rule on an immigration judge’s jurisdiction when a deficient Notice to Appear is filed with the immigration court. The court’s decision in Perez-Sanchez v. U.S. Atty Gen., interprets the Supreme Court’s decision in Pereira v. Sessions where the Supreme Court decided that a deficient Notice to Appear does not toll the stop-time rule for Cancellation of Removal purposes.

The Facts in Perez-Sanchez

Perez-Sanchez involved a Mexican national who was forced to repay his father in law’s debt to the Gulf Cartel, one of Mexico’s most notorious cartels. He was forced to pay his father in law’s debt to the cartel, even though he had never met him. He fled to the United States and filed for asylum. The immigration judge denied his claim reasoning that his familial relationship was not the main reason for his persecution. He filed an appeal, and the Board of Immigration Appeals sided with the immigration judge and upheld his decision. He filed a Petition for Review with the Eleventh Circuit to review the Board’s decision.

While the petition is pending, the Supreme Court decided Pereira. He argued that the Notice to Appear, which lacked the time and place of his removal proceedings, did not vest jurisdiction with the immigration judge because it was deficient. He also argued that the immigration judge erred in ruling that his family relationship was not the main reason for the persecution.

The problem with the court’s reasoning is that it will lead to the same result the court was trying to avoid. Had the court ruled that the deficiency was jurisdictional, then it would have opened the floodgates of motions to terminate removal proceedings. The fact that the court ruled that the Notice to Appear that lacks the time and place is deficient, leads to motions to dismiss removal proceedings since the court would not know the charges lodged against the immigrant.

This decision is binding in the Eleventh Circuit. However, I expect for the issue to reach the Supreme Court soon since there is now a split between circuits.

Call us today if you were placed in removal proceedings.