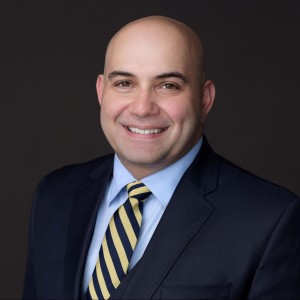 Automatic Extension for TPS for Nationals of Haiti, Sudan, and Nicaragua

I am posting this video today because there is a lot of great news, Immigration wise. This week USCIS and the Department of Homeland Security temporarily re-designated several countries for Temporary Protected Status. It’s a temporary designation because there was some litigation regarding the de-designation of TPS before. The case is Ramos v. Nielsen. I discussed the litigation in an earlier post.

If you are from Haiti, Sudan and Nicaragua and El Salvador, your actual TPS grant, if you applied for TPS at the last redesignation, the Department of Homeland Security automatically extended until the preliminary injunction from the court in California gets lifted.

Haiti, Sudan, Nicaragua, and El Salvador. So, what is TPS? Temporary protective status is just that. Temporary. Under the regulations in the Immigration and Naturalization Act, the Department of Homeland Security can designate certain counties that have had a civil war, for example, that have had a natural disaster that doesn’t allow their nationals in the US from returning to their country.

So, what happens with TPS?

TPS again is temporary as the name says. The Department of Homeland Security has to redesignate a country for TPS every couple of years for these people to be allowed to stay here in the united states without being forced to go back. What happens when you grant a TPS is that the government won’t be allowed to deport you as long as the TPS designation is current and you apply for TPS designation as the law allows you to do so, you have to do it within a period of time the government gives u to reapply for designation.

Earlier last year the DHS came out with a ruling saying, for all these countries were going to de-designate the countries because really there is no effect of the natural disaster anymore and you can go back to Haiti or Sudan or El Salvador or Nicaragua. Under the regulations. the decision of the Attorney General to de-designate someone or the department of homeland designation to be revoked is not reviewable unless there is some sort of due process or constitutional challenge to that actual decision.

The decision in itself has to go through a lot of steps and one of them is for the DHS to speak to the representatives of these countries and ask them if they can absorb all of these people coming back if we kick them out of the United States. I highly doubt that that actually happened, at least with Haiti, I don’t think they got any response from the other countries but they still redesignatedd these countries for registration, and the registration was supposed to expire, at least for Haiti, June of this year.

These people in Ramos which is a case that actually applies here sued the government saying the designation decision that was made last year, violates constitutional rights and you have to actually stop the government from enforcing it. One of the things that the plaintiffs can do in federal court is actually to sue or ask for a preliminary injunction.

I am admitted in several federal courts including the Supreme Court. We do a lot of that litigation. The plaintiffs in Ramos actually sued and said the government shouldn’t actually kick us out of the country because of this problem because that decision was arbitrary and capricious one of the things they actually said in this lawsuit is that the secretary de-designated because of ethnic origin and the decision wasn’t in accordance with the law.

Now for you to actually win under preliminary injunction you have to show that the legal standard is that you need to show injury and the likely hood of success down the road of your litigation and the Northern District of California said these people have actually shown enough for us to grant this temporary injunction against the government from enforcing this and the injury here is that these people are going to be deported. If this injury happens, these people will actually be injured and that is why we should slap the government with a temporary injunction saying you can not do it.

Last week, the Department of Homeland Security published a ruling in the federal registrar saying we aren’t going to de-designate it, as long as this litigation is in place and the temporary injunction is in place we aren’t going to take it away from you. The cool thing of the decision is that the Department of Homeland Security said we’re going to automatically extend your work permit and your stay. That means that now you’re going to save to file on legal fees, your going to save the fees to pay for a work permit, which is about $500, so you don’t have to pay to extend it automatically, until that actual injunction relief is lifted by the court, now there a lot of things here.

Like I said earlier I represent a lot of Haitian clients, a lot of my clients come here probably they got bad advice before telling them they don’t have anything other than TPS. A lot of them have adult children who are here who are 21 who are USC who can actually apply for a green card for them, some of them actually qualify for asylum because they have some sort of disability or their kids have some sort of disability, don’t give up just because someone said you cant.

I would urge you if you have TPS right now and are Haitian and you haven’t seen anybody who is actually an immigration attorney in a long time, I would at least come for a consult with an immigration lawyer and speak to that person if there is anything new because of the changes in the law that allow you to apply for a green card.

I wouldn’t just give up because, honestly this temporary injunctive relief that the court can lift, the government chose that there might be something that the court got wrong,  they can actually appeal the decision to a higher court. That higher court can take away the injunctive relief just like we saw with DACA and DAPA, if you’re from one of the countries or you have TPS or you’ve been paroled in the US. I would urge you to call an immigration attorney and as always you can always call me at 1(888)963-7326 1(888)96-DREAM to actually set up a consultation to come see me. Give me a call, we’re open 24/7, you’ll be able to see me very quickly thank you very much.