Have Your Immigration Raids… Keep Your Grin…. We Will Keep Fighting.

Home » Ahmad Yakzan » Have Your Immigration Raids… Keep Your Grin…. We Will Keep Fighting. 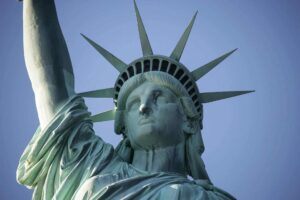 By now, we all know that you a huge ego that must be stroked daily. You have more failures than modern mathematics can tally. You fail on every domestic policy. You coddle dictators and despots every chance you get. We all know this is where you go when you need a “win”. We all know immigrants have become your scapegoat. It is sad when your own son is half immigrant, your wife is an immigrant, and her parents, who just became citizens when you decry chain migration. Now you are conducting immigration raids.

We all know this is nothing more than an ego stroke for you. You are missing when it means to these human beings you are rounding up.

I represent immigrants every day. Maybe if you learn a couple of their stories you will change your mind (I am not holding my breath).

One client was the daughter of a political dissident. Her dad was paraded on YouTube by a dictator, who did not like him. He was beaten for the whole world to see. He was so tortured that he could not even sit down to tape his forced confession. His daughter excelled in the United States. His son, who was here also excelled. Her brother, who at 10 years old saw his dad hauled away by military police is also doing so well that even I am jealous of his success. Do you know what they all have on common Mr. President? They are all asylees.

They all believed that the Statute of Liberty still meant something. It is sad that the President of the United States, who has lived in her light all his life, is coddling the far right and has seemingly forgotten what she symbolizes.

Maybe that wasn’t enough. Here is another story for you. Another client of ours came here when he was a young man. One half of a couple that was madly in love. He came here because he was afraid in his country. He applied for asylum, which took more than 9 years to get adjudicated by the Service. At the time he hired me he had been in the United States since I was nine years old. By that point, he had fathered 3 United States citizens. By then, the love of his life had become sick. He woke up at 3 in the morning to work the fields. He did not come home until 10 at night. He put all three through college and cared for his now wife, who still needs help today.

Ok…. Ok…. Maybe that is not enough to warm your cold heart. Imagine a child who was internally displaced as a child. He has become an immigration attorney to help people like him, who came here to seek a dream. He sees your Vice President at a detention center, emotionless, not remembering the teachings of Jesus (peace be upon him) who taught us to treat a stranger like family.

I looked at these images and had flashbacks. Yes, I was much more fortunate than these poor souls in your concentration camps. I had my mom to comfort me when the bombs started falling meters away from us. I had my mom bathe me when I needed it, even though these showers were infrequent because we did not have water. She was there to take the lice out when they lived in my then luscious hair.

They are motherless simply because of your inhumanity.

Sure… go ahead…. Have your immigration raids. Rip more children from the bosoms of their mothers. Remember, that these children are United States citizens, whether you like it or not. I guess taking children away have become second nature to you; it will not kill our humanity though.

Have your immigration raids… Keep your grin…. We will keep fighting.

Any cookies that may not be particularly necessary for the website to function and is used specifically to collect user personal data via analytics, ads, other embedded contents are termed as non-necessary cookies. It is mandatory to procure user consent prior to running these cookies on your website.